Office hours are available on Wednesday morning, to be booked at this link. For other times, please contact me via email.

Past theses and useful information for the thesis work

After participating in the preparation of the HARP apparatus during his master thesis, PG focused his scientific career on the study of the EWSB at the LHC joining the CMS Collaboration, where he first took part in the construction, characterisation and calibration of the electromagnetic calorimeter. In the quest for the direct measurement of SM limits, he followed a path that brought him from the the Higgs boson discovery to the precision measurements of VBS, where he is working now: after years of preparation, he is looking forward to the comprehensive analysis of Run2 data and the start of Run3.

The HARP apparatus measured the interaction cross sections on light nuclei of low energy particles in the range of 3-15 GeV/c.
PG took part in the installation and deployment of the time-of-flight detectors, composed of a system of plastic scintillator and resistive plate chamber bars, in the year 2000.

The CMS Electromagnetic Calorimeter (ECAL) unprecedented intrinsic energetic resolution of 0.5% can be exploited by the data analysis thanks to a detailed understanding of his behaviour, which relies on a precise intercalibration and a careful monitoring of the environmental conditions.
PG was deeply involved in the study: he designed one of the first inter-calibration algorithms for the detector during his PhD thesis, led the working group that provided the reference inter-calibration coefficients for a quarter or the ECAL barrel with test beam measurements, and participated in the calibration with cosmic rays. As the LHC data taking started, he put in operation in the CMS data analysis flow the algorithm developed in his PhD thesis.

As soon as the LHC data taking started, PG focused on the LHC Run1 data analysis. He participated in the discovery of the Higgs boson decaying into two W bosons, each disintegrating into leptons, in particular with the Vector Boson Fusion production channel. As a recognition of his work, he was appointed convener of the HWW CMS research team in 2010-2012, when the Collaboration published the legacy paper on the subject. In this context, PG worked on the characterisation of the newly-found particle as well, participating in the measurement of its width from its off-shell spectrum and in the understanding of the theory model, within the Higgs Cross Section Working Group.

While the Higgs boson discovery with properties compatible with the SM is a very important indication of the EWSB realisation, a thorough investigation of the full accessible invariant mass spectrum is needed to verify whether a more sophisticated mechanism is in play. PG initiated the CMS search for massive resonances decaying into W boson pairs, which in turn disintegrate semi-leptonically in a charged lepton, a neutrino and a pair of quarks. The results of these studies excluded the presence of additional resonances besides the Higgs boson and put limits on BSM theories, both in a model-dependent and model-independent fashion.

A complementary point of view on the EWSB is the determination of the Higgs boson self-coupling, which may be measured at the LHC with the observation of Higgs boson pair production. To exploit this new observation angle, PG decided to participate in this study , in the very sensitive final state with two b-quarks and two tau-leptons stemming from the two H bosons. No deviations from the SM were observed with the events collected in the first years of the Run2, nor any anomalous behaviour when results were interpreted in a Supersymmetric model.

In the second part of the Run2, PG decided to concentrate his research activity on the VBS, as the key to access the EWSB independently of the detailed properties of the Higgs boson. After preliminary projection studies aimed at the HL-LHC, he founded and built the VBSCan Action, that counts today more than a hundred participants all around the world. He started working on the semi-leptonic VW data analysis, participated in the detailed understanding of MC generators for VBS, and he is now concentrated, with several PhD students, on the semi-leptonic VW, SSWW and OSWW final states, analysing the whole Run2 data. To achieve the best use of the LHC results, he is pursuing novel ML techniques such as explainable artificial intelligence, tools for anomaly detection, and quantum machine learning at all levels of data analysis; to interpret at best the measurements he promoted the institution of the CMS EFT Forum and he is now convener of the LHC EFT WG.

Responsibilities in the Research Field

Author of 1040 individual and collaborative publications in national and international scientific journals.
Total number of citations (calculated by Scopus, as of 24 Jan 2021): 57590
H-index (calculated by Scopus, as of 24 Jan 2021): 101
Selected or Invited speaker for 22 talks and 2 posters at International Conferences and Workshops
Selected or Invited speaker for 14 talks at National Conferences
Session Convener in 3 International Conferences
Organising Committee Member for "Topical Seminar on Innovative Particle and Radiation Detectors" and "ATLAS-CMS MC Generators Workshop"
Reviewer for "Physics Letters B", "European Physical Journal C", "Nature Physics"
Author of a chapter in "Discovery of the Higgs boson", World Scientific editions
Spekaer for several outreach events at high schools and public events
Invited participant to the two-year international "Cross-Cutting Activity on Science Communication" orgnised by the COST Agency 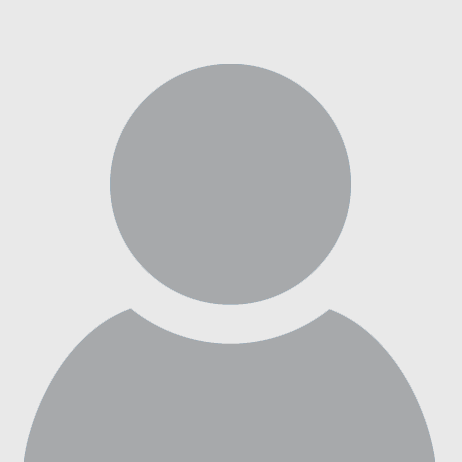