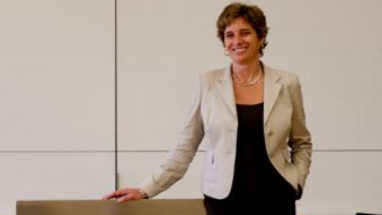 Mario Draghi has agreed to serve as prime minister and has formed the new Government:  Prof. Cristina Messa is the new Minister of University and Research.

“I am proud of the appointment of Professor Cristina Messa,” commented Giovanna Iannantuoni, Rector of Milano-Bicocca, “who has a very high academic profile and great institutional integrity. She will bring all her expertise and professional skills to the Ministry of University and Research.”

Marta Cartabia, a former professor of Constitutional Law at the university, will also be a member of the new government, taking over as Minister of Justice.

The Rector and the entire academic community proudly congratulate Prof. Messa and Prof. Cartabia and wish them all the best in their prestigious roles.

Cristina Messa is a full professor of Diagnostic Imaging. She served as Rector of the University of Milano-Bicocca from October 2013 to September 2019. She was a member of the Council of the Conference of Italian University Rectors (CRUI).

She graduated from the University of Milan with a degree in Medicine and Surgery in 1986 before obtaining her specialist diploma in Nuclear Medicine from the same university in 1989.

She was a visiting researcher at the Cerebro-Vascular Research Center at Penn University in Philadelphia 1988 and obtained the post of MD Clinical Instructor in the Division of Nuclear Medicine and Biophysics at UCLA School of Medicine (Department of Radiological Sciences) in Los Angeles in 1992. Between 1998 and 2001, she was Visiting Senior Scientist with the Neuroscience Group (MRC Cyclotron Unit) at Hammersmith Hospital in London.

From 2013 to 2020, she was one of the Italian representatives of the European Union’s framework programme for research and innovation, Horizon 2020.

She has published over 130 scientific papers in peer-reviewed journals with an impact factor (H Index 35, IF 452). She has also published 16 book chapters and taken part in around 140 abstracts at national (62) and international (78) conferences. Since 1992, she has been invited to speak at over 60 conferences, at least 40 of which have been held abroad (Europe, USA, North Africa, Japan).

She has carried out research since 1986 at the University of Milan (until 1999) and Milano-Bicocca (since 1999), in collaboration with the S. Raffaele Scientific Institute in Milan and the CNR’s Bioimaging and Molecular Physiology Institute, as well as at institutions abroad: UCLA in Los Angeles, USA (1991-92), and ICSTM in London, UK (1998-2000). Since 2005, this work has been carried out in collaboration with the Azienda Ospedaliera San Gerardo di Monza. Her research topics generally relate to the use of nuclear medical techniques (PET) for the evaluation and functional characterisation of central nervous system diseases and neoplasms. The ultimate aim of this research is to develop methods that can be transferred to clinical diagnostics to optimise the diagnosis, prognosis and treatment of these diseases.